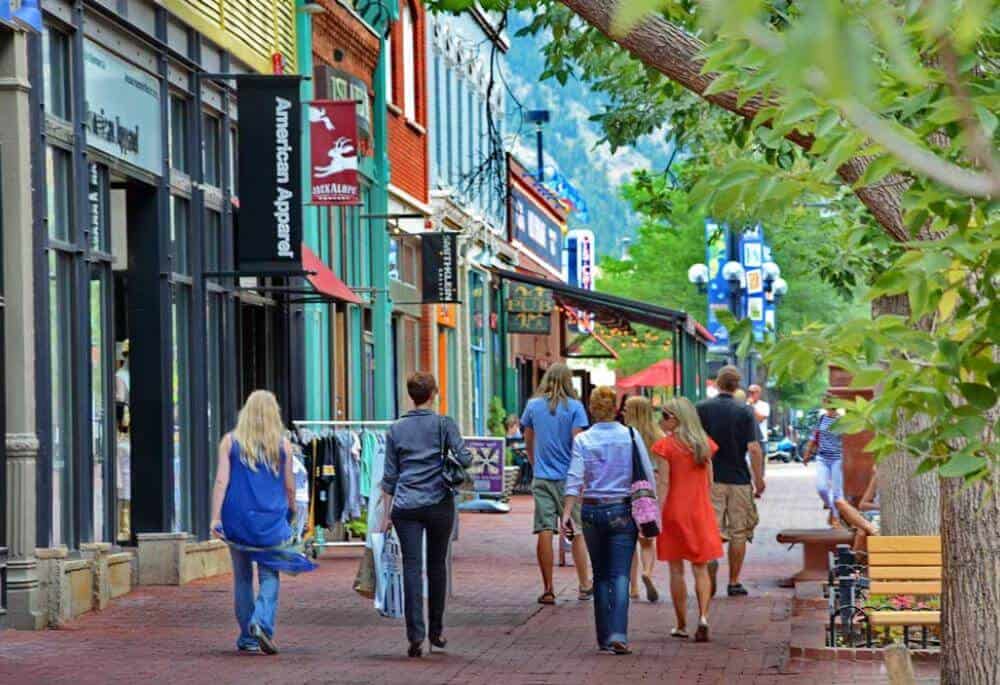 Places to see in Boulder, Colorado

Brought To You By Geeks On Command

Many people assume that Boulder is a college town located at the base of the Rocky Mountains. And yes, it suits outdoor enthusiasts and students. But the truth is, there’s something for everyone in Boulder, Colorado. From dazzling hikes to an outdoor music festival. You’ll always have a wide range of activities to choose from. There’s no shortage of shopping streets, art museums and many other unique activities. So read on to discover the best things to see and do in Boulder.

For some of the best views in Boulder Valley, hike one of the many trails atop Mt. Sanitas. This is an ideal day hike, as one of the trails is about three miles long and of varying difficulty. Advanced hikers should take the East Ridge Trail. It is more rugged and steep and converges with the main trail at the north end of the mountain. Novices or those looking for a leisurely trek should try the central Mount Sanitas Trail. It winds gently around the mountain. Be sure to bring water and snacks.

For an unusual way to experience the sights and sounds of Boulder try a Banjo Billy’s Bus Tour. It’s about as campy and offbeat as it gets. A wood-paneled bus is decorated with strings of lights. There is a tapestry hanging from the ceiling and a very comfortable couch seat. This pseudo-roundabout shack rolls along Boulder’s main streets and more offbeat locations. The drivers narrate the city’s history, and tell ghost stories as the bus passes haunted landmarks.

The Cardinal Townsite began in 1870 when Sam Congor discovered silver and gold at the Boulder County Mine. The town was originally platted to hold the County Courthouse. Cardinal thrived through the silver boom of the 1870’s as the red light district for Caribou City, two miles to the west. In the 1890’s, gold sustained the Boulder County Mine, and the Cardinal Mill was built at the turn of the century. The Switzerland Trail of America, a narrow gauge railroad for tourists enjoying the Indian Peaks, stopped at Cardinal Station. During the World Wars, the Cardinal Mill processed tungsten needed for hardening steel.

The Town of Cardinal spent sixty years as a ghost town under private ownership. It has a colorful history which is being preserved through preservation of 195 acres of mining claims as Open Space Park Lands and the restoration of the Cardinal Mill. The Townsite has been divided into five private homesites which sit in the sun beside Coon Track Creek. The Office, The Assay Office, The Mine Superintendent’s house, The Compressor House and The Creekside Boarding House have been remodeled to historic specifications. Read More about The Cardinal Townsite

The Fiske Planetarium is part of the University of Colorado campus. The lobby and exhibits are free and open to the public. The planetarium shows have a set price to enter. This domed structure houses a planetary projector. It reflects a perfect image of the stars and other astronomical objects on the roof. Just like a mirror in an IMAX setting. The planetarium is used on a weekly basis for:

Visit the Sommers-Bausch Observatory on Friday. You’ll get a free open house and view dazzling nebulae and galaxies through a telescope.

Chautauqua Park is at the base of the Flatiron Foothills. It’s a series of meadows, hiking trails and playgrounds. It’s an idyllic place to relax with a picnic while taking in the beautiful scenery. Or if recreation isn’t your idea of a day, then try one of the many hiking trails atop Flagstaff Mountain. The Community Association in the middle of the park hosts concerts and live talks. It offers food and drink to weary hikers and Boulder beachgoers.

Pearl Street is the beating heart of Boulder. It’s vibrant with music, street performers, restaurants, stores, and more. The open-air mall cuts through downtown. It’s facing the majestic mountain line on the horizon. The mall features boutiques, galleries, and bookstores. These include Boulder Bookstore. It has been independent since 1973. There’s also Into the Wind, which is dedicated to selling artisanal kites. Foodies and bar-goers can visit Pearl Street’s bars and restaurants. For a ceramic painting studio, check out Color Me Mine.